The Zone Technique is a healing method created by Dr. Peter Goldman. It is based on many of his influences and experiences. One of his big influences were the teachings of Dr. Thurman Fleet who created Zone Therapy in 1931 in San Antonio, Texas.

"There are ONLY SIX kinds of disturbances that can affect the human body. These are GLANDULAR, ELIMINATIVE, NERVOUS, DIGESTIVE, MUSCULAR, and CIRCULATORY. All diseased conditions, aches and pains, and other discomforts experienced by the body can be attributed to one or more of the above disturbances to the body’s 6 systems or Zones."

In short, Zone Technique operates on the belief that the body operates like an electrical device. As such, each zone is regulated by a specific center of the brain (formed during the embryonic stage), with each center considered a “POSITIVE POLE.”

There are also “NEGATIVE POLES” which exist in certain areas of the spinal cord. So, if a disturbance exists, the brain’s centers can essentially be “shorted out,” causing them to malfunction.

Emotional, physical, or chemical stressors can disturb a zone and lead to a variety of diseases and discomforts. The Zone doctor examines the patient to determine which of the brain centers are not in harmony with the systems they control. This is done by the Zone doctor feeling specific points on the patient’s head. These points are related to the six brain centers by nerve connections. When a brain center is not sending the proper signals to its system, all bodily material associated with that system suffers. In order to correct this, the zone doctor stimulates specific points in the spinal cord.

THE SIX ZONES OR SYSTEMS IDENTIFIED BY DR. FLEET AS BEING CRITICAL FOR OPTIMAL HEALTH ARE: 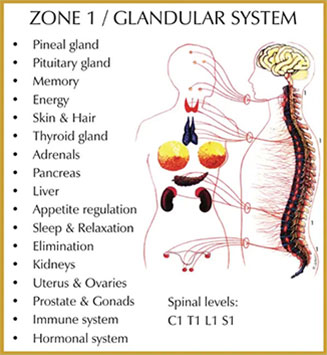 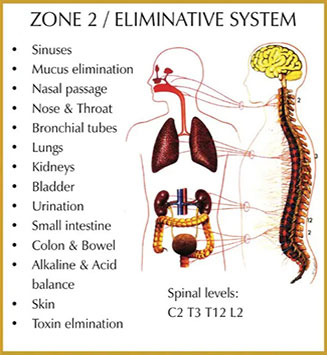 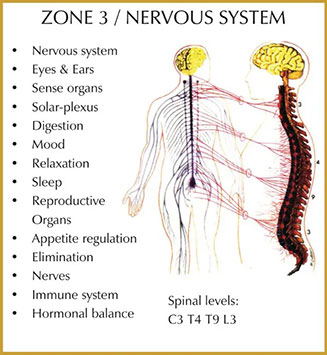 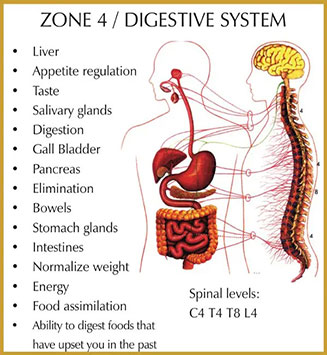 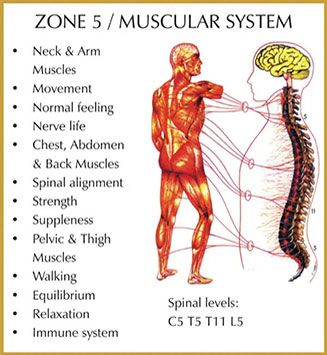 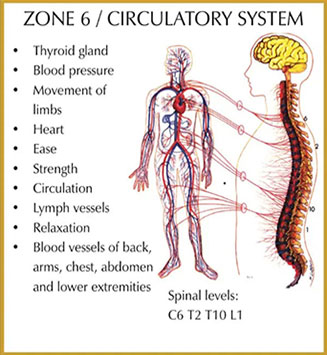